Toshiko Kasen: "My husband is furious. He wonders how you come to know when and where to attack him so precisely."
Toni Cipriani: "Unless he's a fool, he'll work it out soon enough."
Toshiko Kasen: "Then, perhaps we should help him. His men gossip like old women. Let's give them something to talk about."
—Toshiko Kasen and Toni Cipriani getting ready for the opera.

A Date With Death is a mission in Grand Theft Auto: Liberty City Stories given to protagonist Toni Cipriani by Toshiko Kasen, the wife of Yakuza leader Kazuki Kasen, from her apartment in Torrington, Staunton Island, Liberty City.

Toshiko informs Toni that his actions have infuriated her husband. Toni realises that Kazuki will soon find out that Toshiko is helping him, so Toshiko says they'll give his men something to talk about, by going to the opera together. Toni gets her limousine and drives them to the Mr. Benz clothing store, where he changes into a tuxedo. They then drive to the opera house in Fort Staunton and watch the opera. Unbeknownst to them, they are spotted by a member of the Forelli Family. After the performance, Toni and Toshiko exit the opera house, where they are confronted by Forelli hitmen. Toni kills the hitmen (including one who is damaging Toshiko's limousine). They are chased by more hitmen and the police, but manage to evade them and return to Toshiko's apartment. When they return to the apartment, a Yakuza member spots them and quickly drives off.

The reward for completing the mission is $2,000 and the mission Cash in Kazuki's Chips is unlocked. The Tuxedo Outfit becomes available in Toni's wardrobe. 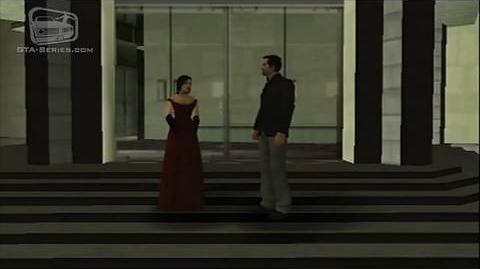 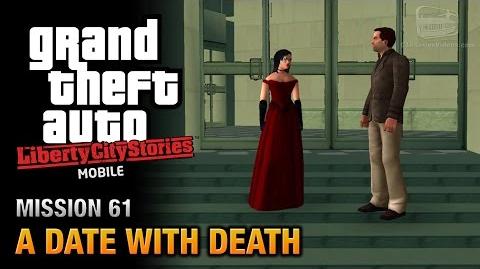