"100% achieved! Stats and cash have been boosted! Rhino and Hydra delivered to CJ's house in Grove Street."
— Message received upon 100% completion.

However, GTA San Andreas has extra tasks that are not required for the achievement but are also available to complete; many players refer to this as "110%".

When 100% is achieved in San Andreas, the following rewards are given. 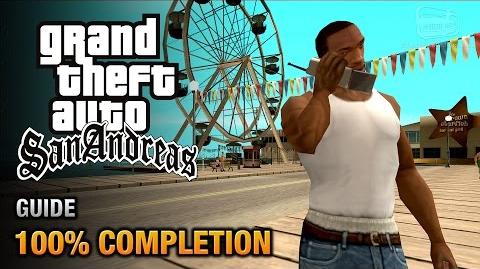 Retrieved from "https://gta.fandom.com/wiki/100%25_Completion_in_GTA_San_Andreas?oldid=1305995"
Community content is available under CC-BY-SA unless otherwise noted.