To attain 100% Completion in Grand Theft Auto IV, the player needs to do the following:

The reward for 100% completion in GTA IV is a "100% Game Completion." message in the top left corner and the ability to buy an unlimited amount of ammunition, although it still costs the same as before, and the Key To The City Achievement is unlocked. This reward has a bug that is present when the player loads a 100% saved game, which causes all the ammo that was over the original limit to be lost. 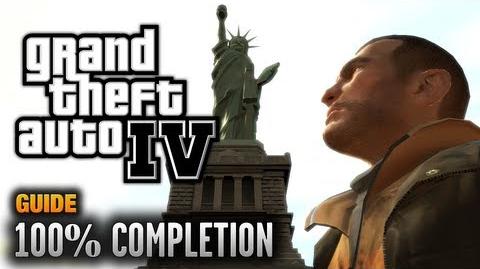 Retrieved from "https://gta.fandom.com/wiki/100%25_Completion_in_GTA_IV?oldid=1239979"
Community content is available under CC-BY-SA unless otherwise noted.