So from now on, we gonna use
What we got to get what we want

So, you'd better think, think
Now's the time when we have
That's the thing I never will forget

Now baby, I got a whole lot to give
And a whole lotta loving
That a woman could give, yeah

But before I give it up, I gotta think, think
Think what the future holds for me
Just go ahead and see

I don't need no heartache
I can't stand no misery
Let me think, think

If it's not in your vision
Don't make no decision
Hey, yeah, all right

So, I'm laying the cards on the table
When it comes to taking care of me
I know I'm able 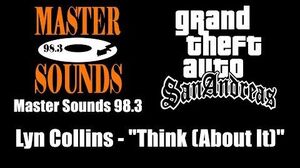