Tonight's the night I get in some shit, (Yeah)

Deep cover on the incognito tip.

Killin' motherfuckers if I have to,

Peelin' caps too, cause you niggas know I'm comin' at you.

I guess thats part of the game,

With the swiftness, so get it right, with the quickness,

And let me handle my business, yo.

I'm on a mission and my mission won't stop

Until I get the nigger maxin at the top.

I hope you get his ass before he drops.

Kingpin kickin back while his workers sling his rocks.

Big money, big cars, big body guards on his back.

So it's difficult to get him.

But I got the hook up with somebody who knows how to get in contact with him.

Hit him like this and like that, Let 'em know that I'll make it for a big fat dope sack

What is this pen? so let's rush it.

If you want to handle it tonight we'll discuss it

Take a strap just in case one of his boys recognise my face.

Cause he's a sheisty motherfucker,

But I gives a fuck, cause I'm going deep cover.

Creep with me as I crawl through the hood,

And, the mothafuckin drug police

You already know I gives a fuck about a cop

Plot, yeah, that's what we's about to do

Take your ass on a mission with the boys in blue

Dre, (whatup, Snoop) yo I got the feelin

Tonight's the night like Betty Wright, and I'm chillin+

So lets go straight to the motherfuckin' source

And see what we can find

Crooked ass cops that be gettin niggaz a gang of times

And now they wanna make a deal with me

And make my pockets bigger They want to meet with me tonight at 7:00, so whassup nigger?

I got the gauge, a uzi and the mothafuckin 22

so if you wanna blast, nigga we can buck 'em

Six fo' five was the time on the clock,

When me and my homey bailed in the parking lot.

The scene looked strange and it felt like a set up

Better not be, cause if it is, they're getting lit up.

Oh here they come from the back and they laxed.

I'm checkin for the gats they strap, so whats up black?

if it aint up to what you feel then grab your steel.

Right, so, what you motherfuckers gonna come at me with?

Hope you ain't wantin' none of my grip.

Cause you can save that shit. Guess what they told me?

We'll put you in a home, and make your life plush,

Oh yeah, but you got to sell dope for us."

Hmmm, let me think about it

Turned my back and grabbed my gat and guess what I told him before I shot it: 'If you don't quit, yeah, if you don't stop, yeah, I'm lettin' my gat pop' Cause it's 1-8-7 on an undercover cop 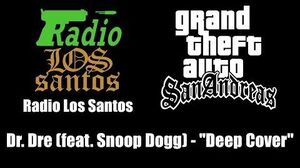